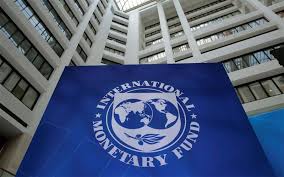 Why there is scarcity of Dollars in Nigeria, others- IMF

In an emailed report, Tobias Adrian, the Financial Counsellor and Director of the IMF’s Monetary and Capital Markets Department, said the wide spreads between bid and ask prices for the dollar were responsible for limited liquidity in the markets in the region.

The naira exchanges at N586/$ at the parallel market and N416/$ at the official market creating N170/$ premium between the exchange rates.

Adrian in the report entitled: “How Africa can navigate growing monetary policy challenges said: “Shallow markets (i.e., markets with limited liquidity) can amplify exchange rate movements and yield excessive volatility. Foreign exchange markets tend to be shallow in many countries in the region, as evidenced by wide spreads between bid and ask prices.”

Adrian added that high foreign-currency denominated liabilities are also a key vulnerability in several economies. In the presence of large currency mismatches on balance sheets, exchange rate depreciations can undermine the financial health of corporates and households.

He explained that weak central bank credibility can cause exchange rate changes to have a bigger effect on inflation (high passthrough).

“Such currency mismatches and high passthrough can cause output and inflation to move in opposite directions following shocks, thereby worsening the tradeoffs that policymakers face,” he said.

Adrian said evidence exists that the exchange rate passthrough in low-income countries is substantially higher than it is in more advanced economies, which poses a particular problem given the often heavy dependance on food and energy imports.

He added that Nigeria and other Sub-Saharan African countries face important monetary policy challenges as fallout of the COVID-19 pandemic.

The Fund explained that the pandemic dented growth, adding that recovery is likely to leave output below the pre-crisis trend this year.

He said several countries in the region have seen inflation increase, a challenge that is in some cases compounded by fiscal dominance emanating from high public debt levels.

“Many of these economies may also face capital outflows as the major central banks in advanced economies withdraw policy stimulus and raise interest rates in the period ahead. The economic impact of the conflict raging in Ukraine, including the attendant sharp rise in energy and food prices-is likely to further intensify the challenges,” he said.