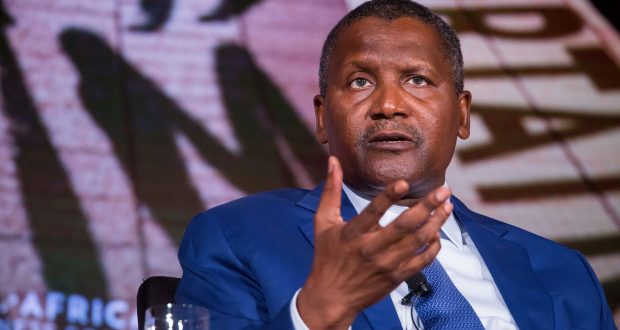 Aliko Dangote, Africa’s richest man, is facing uncertainties in probably the most problematic of his several investments: a 1,200 tonne per day plant that processes tomato, now gasping for supply amidst pressure of overwhelming national demand.
The tomato factory – the continent’s biggest – can only produce at one-fifth of its capacity, considering that farmers lack adequate resources for cultivation, Bloomberg reports.
The factory had the grand ambition to wean Nigeria off reliance on imported tomato paste from China, while expanding production.
Now in its sixth year, the factory had to idle in 2017, following a pest plague that consumed plantations of tomato. It could only resuscitate two years later, after a payment dispute involving farmers.
“We haven’t been able to process enough quantity of tomato to make our operations successful,” Managing Director Abdulkarim Kaita was quoted as saying. “At the moment, we are counting losses.”
Tomato farming provides jobs to around 200,000 persons in Nigeria, and lenders largely do not see giving loans to farmers as bankable even though the government is giving domestic production priority.
Such policy slips, deep-seated graft and ethnic conflict are keeping investors away, worsening the labour crisis in an economy that has one of the worst unemployment rates in the world.
The Dangote factory intends to help Nigeria slash 300,000 tonnes of tomato paste imports from China. Yet 900,000 tonnes of tomato are lost each year to absence of enough storage and processing facilities.
“The issue is that our production demand has not been met so far and we need to increase the volume of supply from the farmers,” Mr Kaita said.
A majority of the farmers live far away in the villages, making it hard for vehicles to convey tomatoes to the factory.