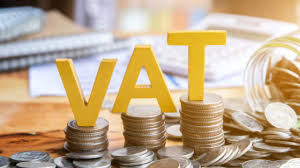 Indications have emerged  that the Attorney General of the Federation (AGF), Abubakar Malami, and the governments of Adamawa, Plateau and Kaduna states will join the Federal Inland Revenue Service (FIRS) in its appeal against the judgment of the Federal High Court in Port Harcourt that empowered Rivers to collect the disputed Value Added Tax VAT.

The high court had in the judge ruled against FIRS in the tax collection tussle and ordered that Rivers was the rightful collector of the tax. The FIRS, thereafter, challenged the judgment at the Court of Appeal seeking that the high court verdict is set aside.

However, dependable sources close to the AGF and governors of the three states, yesterday, confided in newsmen.that they would file a leave of the court to be joined in the suit on Tuesday.

Although the AGF is already a defendant in the appeal, the source hinted that the Federal Ministry of Justice under the AGF has opted to be part of the appellant in the matter so as to enable it to argue effectively in support of FIRS.

“They are going to seek to be joined in the suit as co-appellants against the Federal High Court’s judgment that favours Rivers. These states understand the possible consequence if the final judgment at the Supreme Court goes against FIRS. They are going to take the fight as if it is theirs,” the source stated in an interview with a national newspaper, Guardian.

“In fact, their motion papers would be ready today (Monday) and will be filed on Tuesday. I can confirm that to you,” the source revealed, adding that more states, particularly Kogi and Zamfara, have expressed their readiness to be joined in the suit to form a coalition with FIRS.

Dr Jibrilla Umar Gwandu, Senior Special Assistant to AGF Malami is yet to speak on the matter.