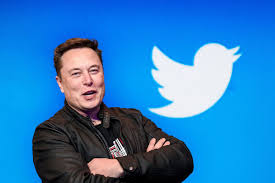 Twitter shares sank sharply in premarket trade Monday after Elon Musk said he is trying to terminate his $44 billion takeover of the company.

Shares of Twitter were down 7% in U.S. premarkets, implying a loss of nearly $2 billion in market value from Friday’s closing price. Tesla shares also dipped marginally.l

On Friday, Musk’s attorney notified Twitter’s board that he wants to cancel the deal. The billionaire has taken issue with the number of bots and fake accounts on Twitter and says the company isn’t being truthful about how much activity on the service is authentic, CNBC reports.

Twitter, on the other hand, says it has given Musk the information he needs to assess its claim that spam accounts make up only 5% of monetizable daily active users, including its so-called firehose, an unfiltered, real-time stream of daily tweets.

Bret Taylor, Twitter’s board chair, said the company would pursue legal action in the Delaware Court of Chancery to enforce the agreement.

Musk responded Monday by posting a meme mocking Twitter management over the botched deal. It features images of Musk laughing alongside text claiming the company is trying to “force” him to buy it in court.

The two parties are likely set for a protracted court battle, according to lawyers. Musk could also be faced with paying a $1 billion breakup fee for walking away.