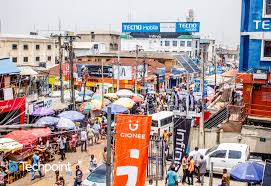 Shop owners in Computer Village, Ikeja, Lagos State have started counting their losses to the planned relocation of the information technology (IT) market to Katangow, a suburb.

The traders lamented the cost of relocating to a new site at the beginning of the year, especially as they said had just had renewed their tenancy.They noted that their landlords would not make any refunds to them.

Another issue is the difficulties their prominent customers would face in trying to locate their shops in the new site, stressing that this problem would affect their profit.

A trader, who identified herself simply as Chiamaka of Above Ventures, said the movement is a huge challenge considering the timing.

“This is overwhelming because this is the beginning of the new year; we are just trying to recover from all the expenses done during the previous year’s celebrations and now asking us to move will lead to cost which will be too high for most of us,” she said.

Others believe that the relocation is not an initiative of the state government but rather that of private individuals trying to line their pockets.

Mr. Godwin of Viacom Xpress said if the big boys of the market should leave, others would be forced to do so.

The shop owners appealed to the state government to look into the challenges they would face and address other issues they have been facing such as inadequate power supply whichmake them to use generators, thereby causing noise and air pollution; the issue of parking space,, which is causing limited mobility to them and their customers and that of touts extorting money from them all in the name of ticket and tax.