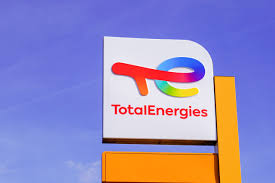 TotalEnergies has harped on the need to encourage women entrepreneurship for the development of the nation’s economy.

The company which stressed this during the winners of its third edition of the Startupper Year Challenge ceremony in Lagos realised the fact that women were missing in a lot of spaces.

It was learnt that the initiative was designed to support young entrepreneurs in Nigeria as well as the African continent.

The Country Chair, TotalEnergies Companies in Nigeria, Mr Mike Sangster, represented by the Managing Director, TotalEnergies Marketing Nigeria Plc, Dr. Samba Seye, presented the award to the three finalists. The winners were rewarded with N5 million financial support each, personalised coaching and mentoring, networking opportunities as well as media visibility. He said the Startupper Challenge was designed to support and reward young entrepreneurs between the ages of 18 and 35 who had created a company in the past two years.

According to him, it reaffirms TotalEnergies’ commitment to supporting the socio-economic development of the countries in which the company operates in Africa.