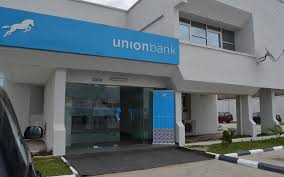 A new dawn has come to the management and board of Union Bank of Nigeria (UBN) Plc as Its chairman, chief executive officer and eight other non-executive directors were retired by the bank’ new core investor – Titan Trust Bank (TTB) Limited.

In a regulatory filing obtained yesterday at the NGX, UBN stated that with the completion of the acquisition, , TGI Group’s parent company TTB, has become the majority shareholder and core investor in UBN.

UBN, Nigeria’s second oldest and first generation bank said with the change in ownership control, the chairman of the bank, Mrs. Beatrice Hamza Bassey; Chief Executive Officer, Mr. Emeka Okonkwo and eight other non-executive directors resigned and were retired from the bank.

UBN also stated that it has completed the divestment of its entire shareholding interest-direct and indirect in its United Kingdom-based subsidiary, Union Bank (UK) (UBUK) Plc, to all the shareholders on UBUK’s records as at March 04.

The UBUK shares were distributed pro rata to their existing shareholding interests in the company. Consequently, UBUK was not included in the transaction with TTB.

Three other non-executive directors – Mr. Andrew Ojei, Alhaji Abubakar Mohammed and Mr. Lawrence Mackombo were also appointed to the board of UBN. All appointments have been approved by the Central Bank of Nigeria (CBN).

Amray is reputed as a seasoned banker with 25-year exposure in senior management roles and a track record of adaptability in the United States (U.S.), Malaysia, Hong Kong, Singapore and Pakistan in the course of his career at Citibank and other foreign and local banks.

He led the establishment of TTB and subsequently became the bank’s pioneer chief executive in October 2019.

In her farewell remarks, Hamza Bassey described the completion of the transaction as a significant milestone of the epoch-making transaction announced in December 2021 between UBN’s core shareholders and TTB.

She said: “It has been a privilege and honor to have chaired and served on the board that oversaw the preservation and transformation of one of Nigeria’s most iconic institutions.

“The significant investments made over the last ten years by the outgoing investors, along with the vision, astute counsel and direction of our directors helped us implement the strategic objectives that we set and laid the foundation for this new era of growth for the bank.” Commending the board and management as well as the entire staff of UBN for their diligent and committed service over the years, she noted that it was a pride to see what had been accomplished together during a transformative period for the bank following the significant recapitalisation of the bank by the outgoing investors.

She said: “We reshaped the bank with significant investments in the technological infrastructure, hired a capable management team, attracted a talented and diverse work-force, established a first-rate governance structure, digitised the bank, introduced innovative products and channels to better serve our customers, became a leader in sustainability, attracted significant funding, especially with development finance institution (DFI) partners, and launched the innovative Alpher Women’s Initiative which will help us further accelerate financial inclusion.

“We wish Titan Trust Bank, the incoming board of directors and Mr. Amray every success for the future and look forward to seeing the bank continue from strength to strength in servicing the financing needs of our customers,” Hamza Bassey said.

The takeover by TTB followed the completion of the acquisition of 93.41 per cent majority equity stake.

In December last year, UBN notified the investing public of the execution of a Share Sale and Purchase Agreement (SSPA) between it and its majority shareholders – Union Global Partners Limited and Atlas Mara Limited and others on one hand and TTB, on the other hand.

The transaction subsequently went through regulatory approval processes and was endorsed by the Nigerian Exchange Limited (NGX), Securities & Exchange Commission and Central Bank of Nigeria (CBN).