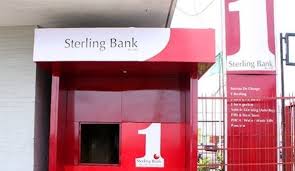 The company’s latest earnings report, seen by Nairametrics, shows that net interest income grew by 25% to N21 billion from the N16.7 billion recorded for Q3 2021.

During the period under review, Sterling Bank increased its interest income to N31 billion from N28 billion, thanks to debt instruments at amortized cost as well as loans and advances to customers. The bank also cut down on interest expenses to N10 billion from N11.7 billion.

News continues after this ad

Sterling Bank increased wages and salaries as well as defined a contribution plan to trigger an increase in personnel expenses for the period.

Similarly, other operating expenses were valued at N6.97 billion compared to N5.5 billion in the previous year. This is a result of the increase in AMCON surcharge, contract services, insurance, and other professional fees.

However, increased costs of sales and other expenses led to a loss for the period to the tune of N3.1 billion, compared to N2.2 billion same time last year. This is a result of a reduction in volume momentum following a strong first half of the year.

The company’s unaudited financial statement for three months ended 30th September shows that International Breweries saw a jump in its cost of sales for the period amid rising inflation.

The company, in a statement, however, said its volumes declined in the third quarter of 2022 due to a soft industry and ongoing supply chain constraints.l

Hugo Rocha, the company’s managing director, attributed the development to ongoing supply chain constraints, and the impact of inflation on consumers’ disposable income in the last three months.

He states, “The last three months have been characterized by elevated inflationary pressure, which has had an impact on consumers’ disposable income. The period experienced especially severe weather with a longer rainy season and floods in key markets. However, despite the difficult quarter, we remain focused on our winning commercial strategy. Year-to-date, our brands remain resilient and continue to deliver volume growth. We remain committed to returning to profitability and creating value for our stakeholders.”

Rocha also stated that International Breweries remained resilient during the period, led by the company’s core brands, premium portfolio, and innovation. “As part of our ‘Beyond Beer’ strategy, we launched ‘Flying Fish’ during the quarter to address incremental occasions and consumer needs. This has been well received and continues to gain acceptance in the market,” he said.

According to Caceres, “Year-to-date, top-line grew by double-digit and revenue management initiatives in the first half of the year. We continue to grow beer volume and gain share driven by our core and premium brands. We remain positive about the industry’s outlook and remain confident in the future growth of our business and will continue to invest and strengthen our brand portfolio across all segments.”