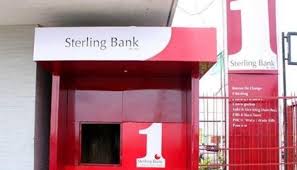 Sterling Bank announces exits of two members of Board of Directors

Sterling Bank Plc has announced the retirement of Dr. (Mrs.) Omolara Akanji and the resignation of Mr. Emmanuel Emefienim from the Board of the bank.

This was disclosed through a notice filed with the Exchange and signed by the company’s secretary and chief legal counsel, Temitayo Adegoke.

Dr. (Mrs.) Omolara Akanji has been on the Board of Directors at Sterling Bank since her appointment in 2014.

Prior to her appointment, her early career started with the Central Bank of Nigeria (CBN) in 1978 as an Assistant Economist. She rose through the ranks and retired in December 2007 as Director, Trade and Exchange Department. She also served as a Consultant to the CBN between 2008 and 2011.

Before his appointment, Mr. Emefienim has over 25 years experience in the Nigerian banking industry, having worked in various middle and senior management roles across Operations, Treasury and Sales.

Following the acquisition of Equitorial Trust Bank and its consolidation into Sterling Bank in 2011, he assumed the position of Regional Business Executive covering the South-South 2 Region, a role in which he excelled leading to the expansion of his responsibilities to cover the entire South-South & Mid-west Regions in 2017.

In the disclosure released by the bank, the bank thank both board members for their meritorious service and wished them continued success in their future endeavours..”