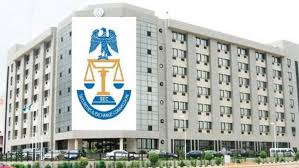 The Nigerian Senate queried the Securities and Exchange Commission (SEC) for spending N6 billion out of its N9 billion revenue on salaries.

The query came from the Chairman, Senate Committee on Capital Market, Senator Ibikunle Amosun (APC-Ogun) during the 2022 budget defence of SEC, by the SEC’s DG, Yuguda Lamido, as he appeared before the Senate committee on Wednesday, in Abuja.

The Senate Committee Chair also warned that with a deficit of $4 billion, the SEC is making some wrong decisions in its service structure.

The senate chair said “Your emolument was almost N6 billion out of the N9 billion and other expenses. So clearly, you are spending almost all of the revenue that comes to you on staff emolument and other related things.

“You should give us the number of staff that you have in the commission such that we need to look at what is happening. You are having a huge deficit of almost N4 billion. When you continuously make this deficit year in, year out, then something is wrong,” he said.

Senator Kashim Shettima (APC- Borno) a member of the committee inquired about measures taken to jerk up the revenue of the Commission and trim down expenses.

“You are already bleeding and this bleeding will continue and if care is not taken, you will reach a point where you cannot even service your obligation,” he said.