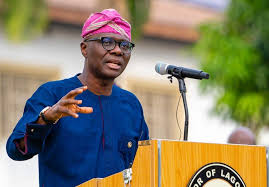 The programme themed, ‘Eko Women 100’, honours the women who are blazing the trail in their fields, contributing to the growth of the state and inspiring the next generation.

Sanwo-Olu said: “The women of Lagos are powerful, visionary and represent our great state at the highest level globally. This week we celebrated 100 of them in a project called #Eko100Women. These women have made Lagos their home bringing their expertise and excellence to great effect.”