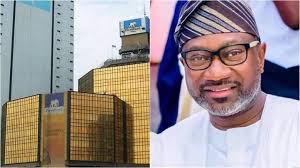 The Nigerian investing community is currently embroiled in controversy as a clash is brewing between Messrs Femi Otedola and Hassan Odukale over the controlling shares of First Bank of Nigeria Holdings (FBNH) Plc.

It was reported on Friday reported that the bank disclosed to the investing community via a statement from the Nigerian Exchange Limited (NGX)’s website that it was yet to receive any notification from any individual on the reported new share ownership acquisitions in the bank.

The bank, through the Company Secretary, Seyi Kosoko, explained that it always notified the appropriate agencies and authorities whenever it received any notice of significant shareholding by the shareholders and its registrars.

The statement reads: “The attention of FBNH has been drawn to media reports of today, October 22, purporting that a certain individual has acquired significant shareholding interest in FBN Holdings, making him the majority shareholder in the company. The company is yet to receive any notification from the individual mentioned in the media report of such acquisitions.

USA companies need customer service reps to work from home, hourly pay in $13 per hour, must have a quiet environment to work, internet access.Click here to apply .
However, 24 hours later after its statement, the company backtracked and finally confirmed that a businessman, Femi Otedola, has acquired a 5.07 per cent stake in the company.

“FBN Holdings had received a notification from APT Securities and Funds Limited that their client, Otedola Olufemi Peter, and his nominee, Calvados Global Services Limited, have acquired a total of 1,818,551,625 units of shares from the company’s issued share capital of 35,895,292,791.Based on the foregoing, the equity stake of Mr Otedola Olufemi Peter and his nominee in the company is now 5.07 per cent.’

But developments around the situation revealed that already the investing community especially the shareholders are confused at the turn of events as they say they are in limbo of who really owns the major shareholding units in the company.

According to Daily Sun, Investigation shows that a letter dated October 18 2021, circulating on social media platforms suggests a group of related parties and Mr Tunde Hassan-Odukale, the current Chairman of First Bank Nigeria Ltd, own about 5.36 per cent of FBNH. Also, it is unclear what may have instigated the circulation of this letter and why it was written (if true) but analysts say it is likely connected to the announcement of billionaire investor, Femi Otedola, as the new majority shareholder of FBN Holdings.

The analysts further argued that this is likely prompting an internal scramble for ownership position in the bank especially now with the Central Bank of Nigeria (CBN) recently removing Oba Otudeko from the board. Speaking to Daily Sun via a telephone chat, the Chairman, Ibadan Zone Shareholders Association, Eric Akinduro, blamed the regulatory authorities for failing to be transparent with the actual situation while adding that shareholders will patiently wait to see the outcome of things.