Oil production in the country by the Nigerian Petroleum Development Company (NPDC), the flagship upstream subsidiary of the Nigerian National Petroleum Corporation (NNPC), has grown, following the successful drilling and completion of wells in Oil Mining Lease (OML) assets operated by the company.
Data obtained from the corporation showed that the recent drilling and completion of five horizontal wells in OML 26, and other completed projects, in 2017, have led to an additional 7, 000 barrel per day (bpd) crude production by the company.
NNPC’s operations report for October showed that production by the NPDC within the third quarter of 2017 increased from 3.9 million barrels in July to 4.6 million barrels in September. Turn-around operations on OML 40, jointly owned and operated by NPDC, and OML 65 contributed immensely to the rise, the data showed.
NPDC Managing Director, Yusuf Matashi, said recently that the successful turn-around of the OML 40 asset from 0 bpd to 12,000 bpd underlined the company’s rising profile as the fifth largest oil producer in Nigeria.
Matashi added that NPDC also carried out some intervention activities, which led to the peak production of approximately 10,000 bpd in OML 65 in June, 2017.
NPDC currently produces around 180,000 oil barrels per day, but has an ambitious plan to grow the production to 300,000 bpd by 2018 and by 2019 and 2020 its production is expected to hit 400,000 bpd and 500,000 bpd, respectively.
The NPDC has 55 per cent equity in nine blocks of OML 4, 26, 30, 34, 38, 40, 41, 42 and 55; non-equity operations in three blocks of selected NNPC Joint Venture fields; 60 per cent participatory interest in four blocks of OMLs 60, 61, 62 and 63 and 100 per cent ownership of seven blocks of OMLs 11, 13, 64, 65, 66, 111 and 119. 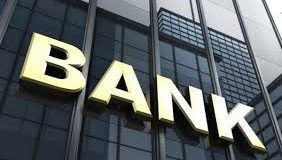