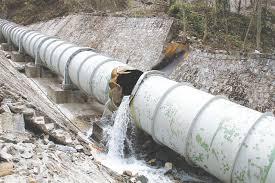 Nigeria lost $1 billion in revenue in Q1 to oil theft

Due to crude oil theft, Nigeria lost about $1 billion in revenue in the first quarter of 2022

This was disclosed by Gbenga Komolafe, the head of the Nigerian Upstream Petroleum Regulatory Commission in a statement seen by Reuters.

Nigeria loses millions of barrels of crude oil each year to theft and vandalism, including the theft of crude from a network of pipelines run by large oil companies. This illustrates how lax security results in significant financial losses for the nation.

Komolafe said, “This indicates that over nine million barrels of oil have been lost to crude theft…this equates to a loss of government revenue of approximately $1 billion…in just one quarter,”

He added, “This trend poses an existential threat to the oil and gas sector and, by extension, to the Nigerian economy if left unchecked.”