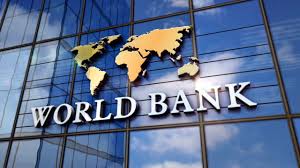 The Debt Management Office has denied reports alleging that Nigeria failed the World Bank disclosure rule, stating that no such publication by the World Bank exists.

The DMO disclosed this in a statement dated Thursday, July 14, 2022, where it claimed that Nigeria is one of the only countries that has imbibed the principle of Transparency in Public Debt.

The statement by the Patience Oniha-led DMO is a direct response to recent media reports which indicated that the World Bank accused Nigeria of failure to publish its Annual Borrowing Plans (ABP).

The DMO stated that its website is filled with detailed information on Nigeria’s Public Debt, by ‘source, instrument, maturity’.

Reacting to claims in the report, it added, “The Annual Borrowing Plan is contained in the Annual Budgets where the Total Borrowing is listed in 3 categories which are: New Domestic Borrowing, New External Borrowing and Drawdown Bilateral and Multilateral loans.

“The public debt stock is published quarterly on the DMO’s website. This is supported by periodic physical and virtual media briefing sessions.

It also added that guaranteed debts (contingent liabilities) were listed by name and amount on its website and information on recently contracted loans as at Dec 31, 2019, and Dec 31, 2020.

“Instrument coverage is comprehensive as borrowing instruments for external and internal debts are disclosed in the quarterly debt reports and annual reports, both of which are published in the DMO’s website”.