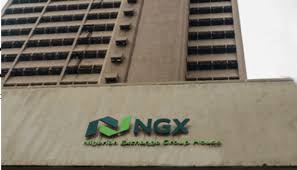 The NGX closed on a positive note amidst sell-offs and buy-interests as the benchmark All-Share Index (ASI) appreciated by 56 basis points.

At the close of the market on Wednesday, the 22nd of June 2022, the stock exchange market value currently stands at N27.70 trillion at the end of the trading day.

The market breadth closed positive as ELLAHLAKES led 18 gainers and 16 losers, topped by NNFM at the end of the day’s session.

The stock market has advanced 8,660.77 base points since the start of the year.

In a report released by NGX Regulation Limited on behalf of NGX, the Domestic and Foreign Portfolio Investment (FPI) May 2022 report captured these transactions as well as trading figures from market operators.

Additionally, Domestic investors have continued to hold ground on the floor of the NGX despite rising inflation and currency volatility in the foreign exchange market which remained key drivers of the Domestic & Foreign Portfolio Investment.