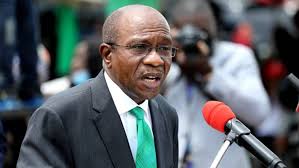 As parts of the move to sanitize the financial sector, the House of Representatives, on Tuesday, passed for second reading a bill to stop the governor, deputy governors and directors of the Central Bank of Nigeria ( CBN) from  engaging in partisan politics.

It was gathered that the bill  is sponsored by the chairman, House Committee on Water Resources, Sada Soli,

The bill is seeking to alter section 11 of the CBN Act, 2007. And it is entitled ” A Bill for an Act to Amend Section 11 of the Central Bank of Nigeria, Act 2007 to add more Conditions for disqualification and Cessation of Appointment as Governor, Deputy Governor or Director of the Bank; and for Related Matters”

According to Soli, he proposed legislation is not targeted at a particular individual, but is intended to strengthen the principal act, so to make it more solid.

Speaking further, he made reference to the recent scenario where the  CBN Governor, Godwin Emefiele, went to court to seek to for clarity on whether or not he can participate in partisan politics.

“This amendment is no prejudice to anybody but because the Act was tested and it was found weak, and therefore we need to strengthen the Central Bank of Nigeria (CBN) as the lender of last resort, the bank of federal republic of Nigeria to restore its credibility from the shock it has suffered in the cause of interpreting the law, basically because of the absence of what Iam trying to amend,” he said.
Cyril