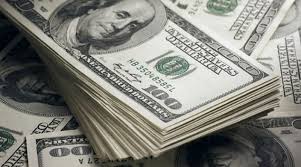 Naira fell significantly against the dollar Thursday afternoon at the parallel market, two days after the Central Bank of Nigeria made its biggest interest rate hike yet in a bid to check inflation and defend the currency.

The local unit depreciated from N725 it exchanged hands with the greenback on Wednesday to trade at N735.00 and above at the unauthorised market.

It came less than 48 hours after political parties officially kicked off the 2023 general election campaigns in the country.

Currency traders said they they were exchanging the dollar at N730.00 to a dollar and selling at N735.00 and above on Thursday afternoon.

“I don’t know where the country is heading to. With the way things are going we are going to exchange the dollar at N1000.00 per dollar before the week runs out. There is high demand for dollars but the banks are not selling to us,” a dealer at Udi Street market lamented.

In Abuja, traders at the Zone 4 area said they were exchanging the dollar at N735.00 and selling at N737.00 and above on Thursday.

Naira fell slightly at the official market on Wednesday, depreciating 0.01 per cent from N436.33 it traded on Tuesday, data published on FMDQ website, where forex is officially traded, showed.

On Monday, it closed at N436.00 per $1. The latest rate leaves the margin between the official and unofficial market figures at N298.63, translating to a gap of 68.4 per cent on Thursday