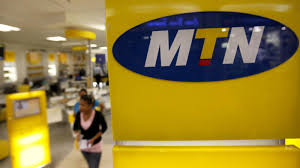 With the directive going into one year now, the Federal Government has been intentional about getting every SIM card in the country linked up to a National Identification Number (NIN). The government’s deadline for mobile operators to link registered SIM cards to NINs has now been extended to the end of 2021, the eighth deadline since the process started back in December 2020.

Meanwhile, data from the Nigerian Exchange (NGX) ranked MTN among the top tax-paying firms in Nigeria. Specifically, for the first half of the year (H1), NGX said the telecommunications company paid N73.29 billion, which was 64 per cent increase from N44.69 billion reported in H1 2020.

By that payment, MTN, according to NGX, is the second highest tax-paying firm, after Dangote, which paid N289.4 billion to the Federal Inland Revenue Service (FIRS).

Further on the NIN-SIM card directive, the Nigerian Communications Commission (NCC) and the National Identity Management Commission (NIMC), disclosed that at the end of October, there were 66 million unique NIN enrolments, with an average of three to four SIMs linked to each NIN.

MTN Nigeria now has about 67.5 million subscribers in Nigeria, compared to 68.9 million at the end of June 2021, and subscribers have dropped about 10 per cent since September 2020.

Despite the overall drop in users, MTN Nigeria’s Q3 trading update showed that active data users increased by 8.1 per cent YoY to 33.2 million.

MTN Nigeria Chief Executive Officer, Karl Toriola, said: “While our overall subscriber numbers have continued to decline over the last quarter, this has been at a reduced rate, and we have seen our data subscriber numbers return to growth, increasing by 2.5 million.

“We expect the decline in the overall subscriber base to bottom out and return to positive net additions in Q4 2021 as we progressively ramp up our SIM registration and activation infrastructure, while adopting and aligning with the new regulations.”

MTN said that as of October 28, 2021, approximately 39 million subscribers had submitted their NINs, representing around 57 per cent of the subscriber base and 67 per cent of service revenue.

In its financial statement, service revenue was up by 23.7 per cent to N1.2 trillion (US$2.93 billion) for the first nine months of the year and earnings before interest, tax, depreciation, and amortization (EBITDA) grew by 27.4 per cent to N634.5 billion ($1.55 billion).

“The resilience we are building in the business is reflected in our performance, demonstrating our ability to achieve continued growth despite the ongoing impact of SIM registration and activation restrictions on subscriber growth,” Toriola said.

MTN Nigeria is also seeing strong growth in other areas – with data revenue climbing 51.5 per cent YoY; fintech revenue up 55.2 per cent; and voice revenue ticking up 10.6 per cent.

In a related development, Toriola recently joined other top business executives and strategy experts, including bestselling author and expert on strategy and innovation, Michael Raynor and Founder and Chief Executive, Acheron Capital, Jean-Michel Paul, at the 13th edition of the Business Day CEO Forum, to discuss the need for companies to have an arsenal of strategic ideas to thrive in today’s business ecosystem.