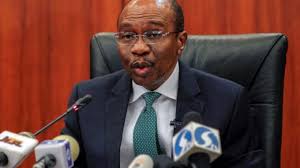 Taking decision after its meeting, Monetary Policy Committee of the Central Bank of Nigeria (CBN) has jacked up benchmark interest to 13 percent.

The Governor of the Central Bank, Godwin Emefiele, while reading the communique said the action was to tame the raising inflation rate in the country.

Nigeria’s inflation rate jumped to 16.82 per cent in April from 15.92 per cent in March, the highest in eight months, according to National Bureau of Statistics (NBS).

“The sharp rise in inflation across both the advanced and emerging market economies has generated growing concerns among central banks as the progressive rise in inflation driven by rising aggregate demands and wage growth has put sustainable pressure on price levels.”

“Consequently, the major central banks such as the U.S. Fed, the Bank of England, European Central Bank, and Bank of Canada have provided strong guidance of a progressive shift away from monetary policy accommodation to drive market interest rate which may ultimately impact capital flows away from emerging market economies,” Emefiele said.

The CBN governor added that the rate on development finance loans will remain at 5 percent till 2023.

He, therefore, enjoined various banks in the country and the Federal Government to increase efforts in supporting monetary authority.