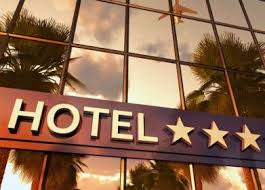 Many hotels are on the verge of collapsing- Association cries out

The Hoteliers’ Association Of Nigeria has called on the Federal Government, and Oyo State particularly to come to the rescue of the industry over outrageous bills and multiple as some of them are on the verge of folding up.

The call was made by Ayodele Ogundele, the Association’s President on Monday.

According to him, hotels are currently running below 50% of their capacity due to several economic and operational factors that are beyond their control.

Ogundele lamented that the latest increase in fuel, diesel and lack of electricity supply had affected their businesses.

He said, “We once asked the Oyo state government for instance to harmonise our bills, we negotiated with them, they gave us a bill in January, February, every year and latest by July we paid. But, in a bid to raise revenues, with the setting up of Local Council Development Area (LCDA), we now pay taxes to the state government, local government and also to the LCDA.

Speaking further he said hoteliers are no longer generating enough money to pay their workers as the times are critical and their business was at the point of folding up.

“Also, since the last administration, we had been paying for generator emissions in Oyo even for generators that we are not using; making generating electricity an expensive part of our business.

“All hoteliers are currently running at below 50 per cent of our capacity because of the cost of electricity generation.

“We are no longer generating enough money to pay and take care of our staff and many of them are leaving even when we need them most because we can no longer pay their salaries. We need the help of the government at this critical time before our businesses collapse.’’

What hoteliers are saying about the industry
Ogundele pleaded that the hospitality and tourism industry should not be allowed to collapse as it is one of the largest employers of labour in the country.

“The hospitality industry contributes a lot, especially in the area of job creation our industry is not the type government should watch to suffer at all, because it would affect all sectors, including the food sector.

“Tourism depends a lot on infrastructural development such as health, security, road construction and others so that government at all levels should strive to provide an enabling environment for tourism to thrive in the country,” he added.