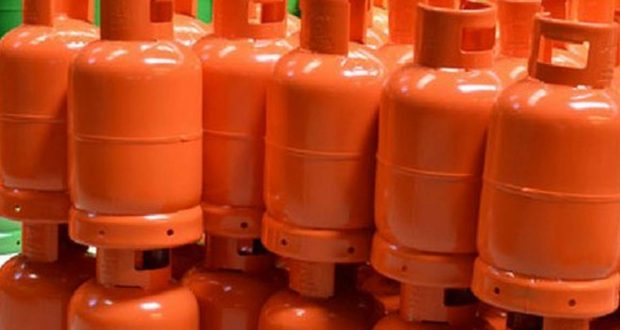 As the cost of cooking gas is getting higher and the difficulty in achieving optimum penetration of liquified petroleum gas in Nigeria, expert has lent his voice on the development.
Speaking during an interview with with Arise TV,  Omono Okonkowo, a Natural Gas Analyst,  spoke on the matter.
She cited factors such as lack of sufficient investment in distribution and storage facilities particularly in rural areas, lack of clear cut policies from the government to drive LPG penetration, insufficient stakeholder collaboration, high cost of cooking gas, and the rising insecurity situation in the country as being responsible for the sub-optimal adoption of LPG in Nigeria.
“Many Nigerians in rural areas, don’t have access [to cooking gas] due to lack of storage, distribution facilities and poor transport infrastructure to rural areas,” she said.
She also stated that some industry players import LPG into the country relying on high parallel market dollar exchange rates that further drives up the cost of cooking gas for end-users, particularly making it unaffordable to low-income earners.
“For LPG penetration across sub-Saharan Africa to be successful we need to lay a good foundation including, distribution and storage, and policies to ensure we have the enabling environment for investment to thrive,” she said.
“We have lots of gas but no infrastructure around gas resources,” she stated further. “To reduce imports, adequate investments are needed. Gas suppliers are importing LPG, paying in dollars, and due to inflation this affects retail prices.”
She argued that despite having the resources, investments are lacking due to a lack of clear cut policies for LPG from the government.
On its part, the federal government has restated severally, its commitment to driving LPG adoption and penetration in the country. In February this year, the FG revealed plans to convert one million cars to gas at no cost, in its autogas initiative. Not much has been done in this regard since then.
In April this year also, the FG disclosed plans to launch Liquefied Petroleum Gas distribution channels in every local government in Nigeria. Mr Timipre Sylva, Nigeria’s State Minister for Petroleum stated:
Jaiz bank
“The ministry is targeting to ameliorate the energy challenge in Nigeria and clean cooking gas is key in this regard because 70% of greenhouse emissions are caused by deforestation.
This LPG project will enable us to empower rural women to use a more cleaner energy source for cooking.”
Again, not much has been seen to have been done as regards execution for this policy statement.