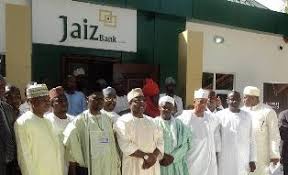 Jaiz Bank approves payment of N1.38bn for its shareholders

Shareholders of Jaiz Bank Plc have unanimously approved a total dividend payout of N1.38bn for the year ended 2021, representing 4 kobo per ordinary share of 50 kobo each.

The approval was given by the shareholders at the 10th Annual General Meeting (AGM) of the Bank, on Tuesday, in Abuja.

This is the third year the Bank is paying dividends to its shareholders since it began dividend payments in 2019.

Chairman of the Bank, Alhaji Umaru Abdulmutallab, said at the AGM that the increase in dividend payment for the year under review was a result of growth recorded by the Bank.

He added that the perception of the Jaiz brand has continued to improve with the “Bank being awarded the most-improved Islamic Bank in the world by the United Kingdom-based-GIFA for the second year in a row.”

Jaiz Bank since its inception has been recording positive results and its teeming shareholders.

In the last couple of years, Jaiz Bank has consistently delivered remarkable results, which clearly reaffirms its continuous growth trajectory as one of the most profitable banks in Nigeria.

Speaking  at the AGM, the Managing Director/CEO, Mr Hassan, Usman, said despite the tough operating climate characterised by weak economic growth and the negative impact of the COVID-19 pandemic, the Bank has achieved a lot in terms of financial stability.

He said: “Its external credit rating for instance has materially improved over the past 12 months. Three rating agencies (Fitch Rating, GCR Rating, and Agusto Rating) all gave the Bank investment grade rating of BBB/BBB.”