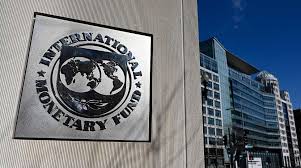 IMF may grant credit facilities to Nigeria, others

The International Monetary Fund (IMF) has not foreclosed granting credit facilities to Nigeria and other emerging economies within its membership, it was learnt recently

Speaking during an online media parley in Washington DC, United States (U.S.), the IMF said the facilities would come through its financial safety nets.

According to the IMF, the loans are to protect member countries from losing their financial security or derailing from long-term financial goals.

It reiterated the importance of strengthening global financial safety net, and ensuring that countries have access to support.

“We emphasise the importance of the global financial safety net, and countries having access to that as appropriate, including, of course, support from the IMF, which we stand ready to provide as needed by our membership,” it said.

A data from the Debt Management Office (DMO) showed a rise in Nigeria’s total public debt from N32.92 trillion in 2020 to N39.56 trillion at the close of last year.

The debt stock includes new borrowings by the Federal Government and sub-nationals. The borrowed funds are helping in financing the budget deficit, capital projects and support economic recovery.

Although Nigeria’s current debt to Gross Domestic Product (GDP) 22.47 per cent is relatively low, giving it room to borrow, its inability to generate adequate revenue worsened its debt problem.

Nigeria’s revenue to GDP ratio has remained low at nine per cent compared to countries, such as Ghana at 12.5 per cent; Kenya at 16.6 per cent; Angola at 20.9 per cent; and South Africa at 25.2 per cent.

The IMF said: “The sharp rise in global oil prices represents important terms of trade shock. With macro-economic implications, it will lead to higher inflation and current account deficit. But the impact on the current account could potentially be partially offset by favourable movements in prices of commodities.”

It added that evaluating the impact of monetary policy tightening by the Federal Government on emerging markets is more difficult now and should be done on a case-by-case basis given the considerable differentiation between countries.

Investigation showed that many debts, especially Eurobonds contracts, have non-disclosure clauses, and should be made more balanced to ensure transparency and credibility of the debt data.

The World Bank and IMF are working together to support implementation of the G20 Common Framework that requires greater transparency reconciling every country’s debt with creditors.