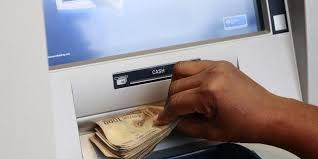 Igbo traders under the aegis of the  South-East Amalgamated Markets Traders Association has petitioned the Central Bank of Nigeria alleging indiscriminate bank charges by commercial banks .

The association in an open letter to the Governor of the Central Bank of Nigeria, Mr Godwin Emefiele, signed by the association’s President-General, Chief Gozie Akudolu, and Secretary-General, Mr Alex Okwudiri, tlit expressed its dissatisfaction with the bank charges.

It urged the CBN’s intervention in bringing an end to what it described as multiple and indiscriminate charges and deductions on customers’ accounts.

The open letter reads, “Part of the major responsibilities of the commercial banks, we know, is to accept money deposits from customers and keep safe custody of the same, and perform such other transactions for and as directed by the customer through various bank instruments.

“Most of the transactions, we also know, are the social responsibility of the banks. But today, the banks make deductions and charges for virtually every transaction ranging from deposits to even confirmation of signature.”

According to the group, the CBN’s cashless economy policy has been extremely beneficial to its members, especially in reducing armed robbery incidents to a bare minimum.

It cited “indiscriminate levies and deductions,” particularly in online purchases, as an example, saying “When a customer makes an online transfer of funds, the transfer is charged a certain amount of money deducted from his/her account and the recipient’s account is also charged and deductions made for receiving the money.”

The group claimed that its members had approached the banks individually to express their dissatisfaction, but that they had been unsuccessful.

As a result, it appealed to the CBN governor to persuade banks to halt “the indiscriminate charges and deductions and, if possible, refund all