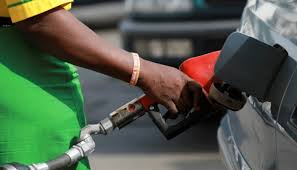 How removal of fuel subsidy will greatly benefit the economy- Expert

Managing Director and Chief Executive Officer of the Centre for the Promotion of Private Enterprise (CPPE), Dr. Muda Yusuf has said ulocking revenues from foreign exchange (forex) and petrol subsidies will be a major step towards the realisation of fiscal consolidation objective of the Federal Government

The economist said such move “would also reduce the current tendencies to impose additional burden of taxation on businesses and moderate macroeconomic headwinds”.

Yusuf, who stated this while speaking with a newspaper, The Nation warned that the nation’s economy is heavily burdened and encumbered by these two major subsidy regimes: the fuel subsidy regime and the foreign exchange subsidy regime.

The managing director noted that huge sums of revenue could be unlocked from these subsidy regimes, if appropriate reforms were implemented.

According to him, the Federal Government’s plan to discontinue petroleum subsidy, which he described as a positive development, would fetch a minimum of N6 trillion revenue into the Federation Account annually.

Additionally, he said there would be an end to the several years of plundering the nation’s resources through the subsidy regime.

Yusuf said the second major subsidy regime from which huge revenues could be unlocked in the short term is the foreign exchange policy regime.

Over the years, the economist noted, the exchange rate assumptions in the Appropriation Acts were grossly and deliberately understated, leading to loss of trillions of naira to the federation account.

In 2021, for instance, The CPPE helmsman recalled that the Central Bank of Nigeria (CBN) sold an estimated $18 billion as interventions in the foreign exchange market at a hugely subsidised average rate of N400 per dollar, when the effective exchange rate in the economy at the time was N560 to a dollar.

This meant an estimated subsidy of N160 per dollar, translating to a conservative estimated revenue loss of N2.9 trillion.

Similarly in 2022, Yusuf said an estimated $18 billion was sold as intervention in the forex market at an average rate of N447 per dollar, whereas the average effective exchange rate for the period was conservatively about N650.

Again, this meant a subsidy of N203 per dollar, translating to an estimated revenue loss of about N3.64 trillion.

“These are huge loses of revenue to foreign exchange subsidy which are as damaging to the economy as the fuel subsidy. But curiously, the National Assembly and the CBN had serially, grossly and inexplicably underestimated the exchange rate benchmark in the appropriation bills of the past few years.

“For an economy that is burdened by huge fiscal deficit and unsustainable debt obligations, this should not be allowed to continue in 2023. The reality is that forex end users are paying well over N700 per dollar for their business transactions. Selling government forex at less than N500 per dollar in inexcusable,” Yusuf argued.

He advised that the exchange rate assumption in the budget should be immediately reviewed to reflect exchange rate realities and boost revenue to the federation account.

This, the economist said, could be done within the framework of the Finance Act as a realistic exchange rate benchmark would boost the Federation Account revenues by about N4 trillion in this year.

“This will not only benefit the Federal Government but the states and local governments as well. A realistic exchange rate would also improve forex inflows into the economy, enhance the country’s foreign reserves, strengthen the naira and elevate investors’ confidence,” he said.

Yusuf expressed regrets that currency brokers, middlemen and some operatives in the financial system are the major beneficiaries of the huge arbitrage opportunities, massive rent economy and the vast round-tripping enterprise that the forex subsidy regime has created.

“It should be stressed that this is not a devaluation proposition but rather a strategy meant to correct distortions in the forex ecosystem, boost government revenues, curb corruption in forex transactions and enhance liquidity in the forex market. Besides, if adopted, it will also improve efficiency in forex allocation, promote transparency in the forex environment and raise investors’ confidence in the Nigerian economy,” he said.