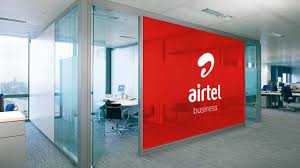 How insecurity affected our revenue in the north- Airtel

Insecurity in some parts of Nigeria has negatively impacted Airtel’s voice revenue.

Ogunsanya explained that during Q3 of 2021, the federal government ordered the closing of some sites in some Northern states that were being affected by insecurity.

According to him, the order to shut down telecommunication sites was directed at all operators in the country.

Ogunsanya stated that “Voice revenue for the last quarter ended December, was particularly affected by government’s instructions that a number of sites should be shut down in the northern part on the country”.

“There are some issues in the Northern part of the country with some terrorist activities being heightened in the last quarter, so for security reasons the government asked all operators to shut down a number of sites and that affected our outgoing voice revenue and it did impact the voice revenue that came out of Nigeria despite the fact that we managed an increase in the net addition