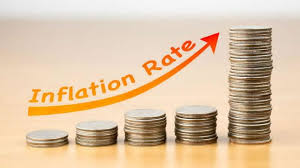 The Lagos Chamber of Commerce and Industry (LCCI) has stated that the high costs of aviation fuel contributed majorly to Nigeria’s inflation rate in the month of July 2022 which rose to a 17-year high of 19.64%.

This was disclosed by LCCI DG, Dr Chinyere Almona in an interview with newsmen on Monday after the inflation report was released by the National Bureau of Statistics.

She added that the FG’s intervention so far has not impacted the inflationary pressures that keep rising.

Dr Chinyere Almona noted that the high cost of aviation fuel, Jet A1 drove the cost of air transport to the roof, becoming a major driver of the July inflation rate.

She added that for manufacturers, input prices spiked due to an increase in diesel, coupled with the country’s electricity crisis worsening alongside a bumpy road to renewable energy deployment. She urged FG to deploy a good mix of both fiscal and monetary policies to tackle the core drivers of the inflation scourge in Nigeria.

“A major worry is about the inflation scourge constraining production, causing job losses, and courting an imminent recession.

“It is obvious that government’s intervention so far has not impacted the inflationary pressures that keep rising till now.

“Without concrete and quick steps to intervene, the rising tide of inflation rate may continue into the end of the year,” she said.