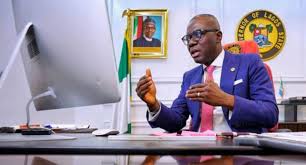 Lagos State Governor Babajide Sanwo-Olu, has unveiled his administration’s achievements in the past three years to woo investors to the state.

Mr Sanwo-Olu met a group of would-be investors in New York on the sidelines of the 77th session of the United Nations General Assembly at a roundtable organised by the Business Council for International Understanding (BCIU) at Park Lane Hotel in the heart of the city. He got an exciting response from the group of corporate giants who urged him to see himself as an ambassador of the private sector to the Federal Government.

The Governor spoke of the major strides Lagos State has made in the past three years, despite COVID-19.

He used the THEMES Agenda – the six-pillar development plan of his administration – as a guide.

According to the Governor, the state’s GDP has gone up by $5billion to about $145,141billion, budget has doubled to about N1.7trillion and infrastructural development has been tremendous. He cited landmark developments in transportation, the first pillar of THEMES, saying the Red Line and Blue Line rail projects were on track to be commissioned by the end of the year. The rolling stocks for the Red Line, which his administration started, he said, are on the way to Lagos and work is going on as scheduled on the stations and the overpasses that will ensure a good transportation experience. There are about four other lines to be built for the state to be covered by rail so as to ease the pressure on roads.

Mr Sanwo-Olu minced no words on the purpose of the meeting – to attract more investors to Lagos, which has 80 per cent of Foreign Direct Investments coming into Nigeria. He spoke of opportunities in water transportation, saying from seven ferries, the state’s fleet has risen to 21, besides many others run by private operators. Investors can double the fleet, Sanwo-Olu said.

Many of the 15 jetties being built by the state are ready for commissioning, he added, stressing that the aim is to have an integrated urban transportation system, strengthened by a strategic road infrastructure, such as the Lekki-Epe Expressway and the Fourth Mainland Bridge, which has attracted many investors, among which one will be chosen before the end of the year.

The state, said the Governor, plans to build an Infectious Diseases Research Centre to tackle health challenges, such as COVID-19.

Over 1000 school projects have been completed and “we have introduced technology to make teaching and learning an exciting experience”.

“We are seeing the results. We used to have about 36 per cent pass in School Certificate Examinations; now we have about 80 percent,” Sanwo-Olu said.

“We are opening brand new schools and introducing technology by giving teachers tablets to aid their job.”

He spoke about the 6,000 km fibre optic cable being laid around the state, saying the first phase of 3,000 km was almost completed. This, he said, will aid faster and cheaper internet connectivity, thereby boosting service in hospitals and schools, besides boosting the impressive activities of the youth in the tech ecosystem.

Mr Sanwo-Olu described Lagos as the “entertainment capital of Africa”. He cited the recent Headies Awards in Atlanta and added that a Film Village was on the way. He mentioned opportunities in housing and assured would-be investors of “the sanctity of contracts”, with the state appointing new judges to aid smooth operations of the Judiciary.