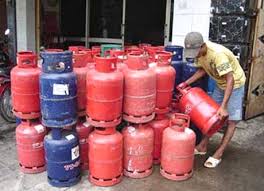 The National Bureau of Statistics (NBS), in its Cooking Gas Price Watch said that the average price of 5kg of cooking gas increased from N4,397.68 in July to N4,456.56 in August,

The lowest average price was recorded in Katsina State at N8,150, followed by Yobe and Taraba at N8,212.63 and N8,886.30, respectively. READ: NNPC Plans to Crash Price of Cooking Gas

Similarly, kerosene price rose to N809.52 per litre in August, showing a 2.5 per cent increase over the N789.75 for which it was sold in July. The report noted that on a year-on-year basis, the average retail price per litre of kerosene rose by 102.38 per cent from N400.01 recorded in August 2021

Analysis by geo-political zones showed that the Southeast recorded the highest average retail price per litre at N953.88, followed by the Southwest with N910.85. The South-South recorded the lowest average price at N749.51, according to the report.

It was gathered that a lot of traders, most especially food sellers have been lamenting on the development, with many turning to coal while many have been frustrated out of business.