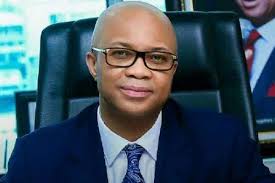 The Federal Government has stated that Nigeria may seek a bailout from the International Monetary Fund (IMF) over its mounting debts if it cannot address its fiscal challenges before further escalating.

This was disclosed by the Director General of the Budget Office of the Federation, Ben Akabueze, during an interview on an Arise Television programme, where he insisted that Nigeria needs to sort out its revenue problem.

Akabueze, who said that although Nigeria was not yet in that kind of desperate situation to seek relief from IMF, however, warned that the country may unwillingly ask for a bailout from the multilateral financial institution if the fiscal challenges are not addressed in a sensible and sustainable manner.

Akabueze, on the rising fiscal headwinds, said, “Essentially, there are two ways countries end up with the IMF. One is voluntary when they just say look IMF come we need help, or when things get to the grind where they simply have no other option.

“I don’t see Nigeria going to the IMF voluntarily. It’s a hot issue here in Nigeria. But the honest truth is that if we don’t address our fiscal challenges in a sensible and sustainable manner, we may end up unwillingly with the IMF.’’

Going further, he added. “We are not there yet at the point of involuntary. But we could as much stop digging. There is a maxim that if you find yourself in a pit, you should stop digging and start climbing out.

“Even though I said we should not cut expenditure in total, we need to get more efficient in our spending. If we don’t do that again, it is tantamount to continuing to dig.”

The Budget Office boss said that although he would not advocate for cutting expenditure in total, he advised that the country should be more efficient in its spending, noting that if that the inability to do that will be tantamount to also digging into the hole.

‘’One of the things we looked at that time as of 4 years ago at least 21 countries in Africa had excise taxes on telecom services, in all of these countries also the VAT rate was on the average double rate the VAT rate for Nigeria. There are extensive studies on this subject, about the taxation on telecommunication companies in Africa and other developing countries. I assure you that the Average Effective Tax Rate (AETR) on telecommunications in Nigeria is below the African average.

‘’On this continent, as of today we have the lowest tax to GDP ratio and so at a time we face existential revenue challenges I think we all need to be circumspect on what views we take on this matter. This wasn’t something that the ministry of finance woke up and introduced. The finance bill went through the federal executive council, it went to the national assembly as an executive bill from Mr President. There were public hearings and at the end of the day, they passed it into law, it was signed into law.

‘’We were engaging the customs and NCC about implementation and then I remember the Chief Executive of NCC saying that in accordance with their procedures, they will like to have an engagement with their industry practitioners on this to discuss the modalities for the implementation and that was the last I heard before all of these controversies broke, but I’m sure that it’s something that government will resolve in due cause.’’

The Finance Ministry has not been advised on the suspension of the tax
On whether the Finance Ministry and Budget Office are suspending the telecommunications tax for now, where does the money for the expected revenue come from, Akabueze said, ‘’I don’t know about in terms of suspension, this is law now. I haven’t beyond what I read in the media, we haven’t been advised about the suspension. So for instance recently the federal executive council passed the medium-term expenditure framework for 2023 and 2025.

‘’So if we are formally advised that this is not applicable we will have to rework the medium-term expenditure framework. What that means is that the projected revenues will decline and the deficit will increase, which means that we will either have to cut back on expenditure or increase debt.’’