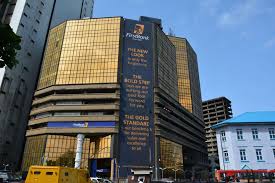 First Bank of Nigeria has rounded off its promo tagged FirstMobile Cash-out Promo designed to reward users of the FirstMobile app, its industry-leading mobile banking application with the presentation of prizes to the Grand Prize winner and other consolation prizes at the grand finale of the promo.

In collaboration with Interswitch, FirstBank launched a promo to reward users of the FirstMobile app. The promo ran for 3 months. The promo, which started on Monday, 21st March 2022 ended on Tuesday, 21st June 2022.

A minimum of two bills payment worth N1000 and five airtimes of at least a total of N2000 in a week qualified a customer for any of the prizes. The promo was opened to new customers and existing users of the FirstMobile app.

The high point of the event saw the presentation of the grand star prize of N1 million to Mrs. Olawale Zainab Omolola, a businesswoman.