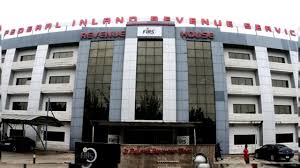 FIRS rakes in highest revenue so far in 2022

The Federal Inland Revenue Service (FIRS) has announced that it collected over N10 trillion in tax revenue last year, the highest in its history.

The Service made this known in its “FIRS 2022 Performance Update,” report signed by its Executive Chairman, Mr. Muhammad Nami, and released to the public yesterday, after his briefing with President Muhammadu Buhari.

Giving reason the Service did not meet its target, Nami pointed fingers at distractions and waivers.

Nami lamented that distractions from some government agencies through instituted court cases, petitions and judgments granted contributed to the Service not meeting its target.

According to Nami, “we received letters from potential taxpayers who wanted to pay us but could not because there were court judgments that transferred the collection of certain revenues to a different body other than the FIRS”.

Nami was however optimistic that the Service will do better in 2023.

It is the first time that the FIRS will cross the N10 trillion mark in tax revenue collection.

The report further clarified that included in the total revenue is N146.27 billion which is the total value of certificates issued by the Service to private investors and NNPC for road infrastructure under the Road Infrastructure Development Refurbishment Investment Tax Credit Scheme created by Executive Order No. 007 of 2019.

The report also stated that the N10.1 trillion is exclusive of tax waived on account of various tax incentives granted under the laws, which amounted to N1,805,040,163,008.

Providing perspective to this unprecedented tax collection, the FIRS noted in the update that the Muhammad Nami-led management upon assumption of office came up with a four-point focus, namely: administrative and operational restructuring; making the service customer-focused; creating a data-centric institution; and automation of administrative and operational processes.

It further noted that from 2020 to 2022, the management introduced reforms on the four-point focuses which were producing results.

“The reforms introduced at different times from 2020 are gradually yielding fruits. By the close of 2022, the Service had fully restructured the administration of the Service for maximum efficiency and achieved internal cohesion such that all functional units are working in unison towards the achievement of set goals.

“As a result of conducive environment created for staff, officers of the Service are pulling their weight on the global stage with international recognitions and awards;

“The Service had also automated most of the administrative and operational processes. A major leap was the full deployment of the TaxPro Max for end-to-end administration of taxes in June 2021. The module for the automated TCC went live 1st January 2023 while taxpayers had already downloaded over 1,000 TCCs this year without having to visit the FIRS office,” the report read.