Group Managing Director of Nigerian National Petroleum Corporation, Maikanti Baru, recently made a mind-boggling revelation when he disclosed that the corporation currently spent N774 million daily as subsidy on the 50 million litres of petrol consumed across the country. This translates to a whooping N282.510 billion in a year.

Baru had attributed the huge subsidy cost to the sale of petrol at N145 per litre, which under the defunct Petroleum Support Fund, was described as “under-recovery,” and the proliferation of filling stations in communities with international land and coastal borders across the country.

Speaking when he led a management team of the corporation on a visit to the Comptroller-General of the Nigerian Customs Service, Hameed Ali, the NNPC boss was quoted as saying that the multiplication of filling stations had energised unprecedented cross-border smuggling of petrol to neighbouring countries, making it difficult to sanitise the fuel supply and distribution matrix in Nigeria. According to a statement by the corporation’s Group General Manager, Group Public Affairs Division, Ndu Ughamadu, the NNPC boss had revealed that detailed study conducted by NNPC indicated strong correlation between the presence of the frontier stations and the activities of fuel smuggling syndicates.

According to Baru, Lagos with one local government area along the international land border has 235 registered fuel stations with total storage facility of 19,916,600 litres.

The NNPC group managing director explained that because of the obvious differential in petrol price between Nigeria and the neighbouring countries, it had become lucrative for the smugglers to use the frontier stations as a veritable conduit for the smuggling of products across the border. He added that this had resulted in a thriving market for Nigerian petrol in Niger Republic, Benin Republic, Cameroon, Chad and Togo, as well as Ghana, which has no direct borders with Nigeria.

“The NNPC is concerned that continued cross-border smuggling of petrol will deny Nigerians the benefit of the federal government’s benevolence of keeping a fixed retail price of N145 per litre, despite the increase in PMS open market price above N171 per litre,” Baru added.

Technically speaking, the federal government does not pay subsidy to the NNPC, but the corporation subsidises the cost of imported petrol by incurring losses in the course of importing and selling the product at official prices.

When the federal government increased the pump price from N86 to N145 per litre on May 11, 2016, it was convenient for the NNPC and the private marketers to sell at the official price without asking for subsidy due to the low price of crude oil at the international market. The increase in the pump price ended the subsidy regime, as the marketers and the NNPC were making profit, with the corporation and some of the traders even selling at N143 per litre as a result of the healthy competition associated with the partial liberalisation.

However, the market situation changed with the rising price of crude, which made it difficult for the petrol importers to buy petrol at high cost and sell at N145.

With the high price of crude and the high cost of forex, the N145 became unsustainable because importers who sold at that price without receiving subsidy from the federal government would incur losses. Since the federal government did not make provisions for subsidy payment in the 2017 and 2018 budgets, the private marketers stopped importation in October 2017, leaving petrol import solely in the hands of NNPC.

While the NNPC is trading with government’s money, it can afford to incur losses, which it passes on to the government. The under- recovery, which is the money the NNPC loses by selling petrol at the official price, is the money that should have been shared among the three tiers of government.

Minister of Finance, Kemi Adeosun, attested to this recently when he stated that technically speaking, there was no longer subsidy paid to oil marketers. She admitted that NNPC was currently under-recovering for the loss in the importation of refined products, because it was the sole importer of the product.

By selling at less than the cost price, NNPC loses huge amount of money to defray the extra cost of importation of the product.

According to the minister, the effect of that is being borne by all tiers of government.

Responding to question on who pays the differentials between N171 landing cost for petrol and N145 pump price, the finance minister said, “On the question of subsidy, the price of oil for Nigeria today is a double edged sword.

“So, every dollar that goes up, we get more revenue, but because we are importing refined petroleum, it increases the landing cost of fuel,” she added.

NNPC has clarified the issue of incurring subsidy on petrol without appropriation from the National Assembly. Featuring on a recent Channels Television programme, the Managing Director of the Petroleum Products Marketing Company, Umar Ajiya, argued that the NNPC Act was a law on its own, which the corporation implements with or without the National Assembly. He admitted that the corporation had been paying N26 due to differentials in landing cost and approved selling price but declined to tag it subsidy.

Ajiya was reported as saying, “For us, it’s not a question of subsidy, we don’t know about subsidy. It was not budgeted for, but the act establishing us, the National Assembly knows clearly that in that same act, there is a provision that we can run our operation and recover our cost fully. There is a difference between the landing cost and the price we are selling but what we are saying is, that is part of our core structure.”

Before Ajiya’s clarification, senators were particularly angry that the NNPC was paying subsidy on fuel without appropriation from the National Assembly. But Ajiya advised the lawmakers to channel their grievances in the right manner.

He said, “The NNPC Act is a law on itself and the National Assembly is the one responsible for enacting laws. So, if there is any remedy or solution; as one of the senators, the issue is, look into the Act establishing these entities: NNPC, CBN.”

Indeed, the NNPC is mandated by the NNPC Act of 1977 to make petroleum products available in Nigeria, but subsidising the cost of petrol smuggled outside the country is not part of this mandate.

With the mounting losses incurred by the NNPC, the country is gradually going back to the dark era when the management of the subsidy scheme was characterised by high level corruption and inefficiency. 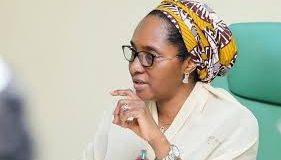