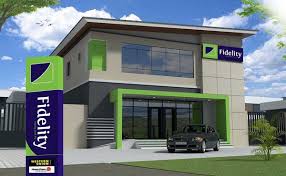 A top commercial bank, Fidelity Bank Plc has reaffirmed its commitment to support the Central Bank of Nigeria’s (CBN) efforts to achieve its goal of $200 billion in Foreign Exchange (FX) repatriation from non-oil exports over the next five years.

The bank’s Executive Director, Northern Businesses, Hassan Imam spoke at a workshop for exporters and investors on the implementation and opportunities in the new CBN RT200 FX Policy.

Imam stated that the financial institution would not relent in its efforts to bridge the knowledge gap in the non-oil sector space by facilitating the necessary processes and documentation for the new policy, with the goal of increasing FX repatriation through exportation.

The CBN had unveiled the RT200 FX Programme on February 10, 2022, as part of measures to reduce the increasing demand for foreign currency by importers, which frequently puts excessive pressure on the exchange rate.

With the implementation of this policy, the CBN has stated that the supply of foreign currency to commercial banks will cease by the end of 2022, while investors will be able to generate forex through the RT200 FX Programme template provided to strengthen commodity exports.

Fidelity Bank’s Regional Bank Head, North West 1, Mannir Ringim re-emphasised its readiness to support the government’s economic imperatives to boost revenue in non-oil sector of the economy. “As you know Nigeria is currently an import-dependent economy with so much pressure on our currency and the source of revenue as a nation is petrol dollar,’’ he said.

So, the initiative of the CBN is to leverage our non-oil products, especially in agriculture like hibiscus flower, cashew nut sesame and many products for exports.

“Now, Fidelity Bank wants to remain the exporters’ bank of choice not only by providing finance but by helping exporters in bridging the knowledge gap in exporting their commodities. We are committed to this initiative to improve our economy, reduce pressure on local currency and provide an enabling environment to grow the non-oil sector to also create massive job opportunities”, Ringim explained.

Speaking on the need for strategic planning in the non-oil sector, Head of Export and Agric Businesses at Fidelity Bank, Isaiah Ndukwe said the bank is well positioned to advance the CBN policy thrust to reduce our over-dependence on oil revenue in the country.

He stated that the bank is committed to improving the banking system’s competitiveness while focusing on developing exporters’ capability in the fundamentals of local commodity exportation. Isaiah emphasized that the new policy will not only reshape exporters’ mindsets, but will also infuse value addition on their commodities, allowing them to earn more forex.

The guidelines involve the provision of a single digit credit facility to exporters, provision of rebates on foreign currency, funding of commodity production and value-addition processes, building terminals and the convening of a biannual summit for the review of the implementation of the policy.

Exporters at the sensitization event expressed satisfaction on the capacity-building initiative as it enabled them to get acquainted with the CBN policy and opportunities in export business.