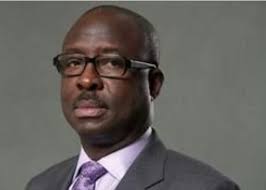 The Federal Government has unveiled new security arrangement for the nation’s free trade zones in line with international best practice to guard investors and guarantee investors’ confidence in the special economic zone.

The government has also extended the validity period of the licences of operators in free trade zones from one to five years.

Minister of Industry, Trade and Investment, Otunba Niyi Adebayo, made these known during the inauguration of the new Nigeria Export Processing Zones Authority (NEPZA) Lagos Office and the unveiling of the Special Economic Zone Security Unit at the weekend in Lagos.

He said the country has realised over $20 billion in cumulative investments in 30 years of the free zone scheme.

He added that Nigeria raked in N500 million in Pay-as-You Earn (PAYEE) taxes, even as the scheme created 25, 000 new jobs, and transferred skills for 5,000 employees.

Adebayo said given the fiscal incentives associated with free zones, the scheme remained a veritable source of development.

“The free zone scheme is one of the prime initiatives of the President Muhammadu Buhari administration for the diversification of Nigeria’s economic base and the achievement of our vision of growing the economy, creating jobs and generating wealth,” Adebayo said.

He also inaugurated the new NEPZA Lagos Office at 38 Kofo Abayomi Street, Victoria Island, Lagos. According to him, the facility, which was named after him, ‘Otunba Adeniyi Adebayo House,’ showed that “with the right mix of human capital of which NEPZA is sufficiently blessed, there is no limit to what can be achieved.” He also unveiled the new Special Economic Zones Security Unit.

Managing Director of NEPZA, Prof Adesoji Adesugba, justified the setting up of the special economic zones’ security unit, recalling, for instance, what happened in Nigeria during the ‘#EndSARS’ saga, especially in Tinapa, Calabar, Cross River State, where billions of naira of investments was lost during the rioting.

“Now, we are very happy that the Federal Government has graciously granted us the wherewithal to have this security outfit which has been approved by our Board and is in accordance with our Act. So, the investors are now happy,” Adesugba said.

Also, NEPZA Chairman Alhaji Adamu Fanda said the events represented a new beginning for the scheme. He pledged the Board’s support for the security outfit.

However, both events were the climax of a Stakeholders’ Forum organised by the Nigeria Economic Zones Association, in collaboration with NEPZA and the Oil and Gas Free Zones Authority (OGFZA), in Lagos with the theme, “Streamlining Free Zone operations for global competitiveness.”

He explained that the move was to mitigate challenges of operators in the zone, noting that the directive was also coming on the heels of the Federal Government’s ease of doing business mandate.