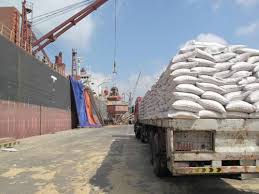 The plan by the Central Bank of Nigeria (CBN) to reduce wheat import by 60 per cent in two years under its Import Substitution Programme may suffer a setback as the cost of the staple commodity rises.

Investigation by newsmen has shown that the price of the grain has gone up by 14.6 per cent from $420 to $492 per metric tonne in the last few weeks.

Sources at the Federal Ministry of Finance said millers have ordered N1.75trillion ($3.14billion) wheat to meet industrial and domestic demands.

It was gathered that importers demand for the grain had gone up from 5.5 million tonnes last year to 6.4million tonnes this year, leading to an increase of 15.4 per cent (or 990,0000 tonnes)

According to the CBN, the country spends $2billion yearly to import 5.5million tonnes but findings have shown that there has been a surge in demand, while global price has been on the increase owing to the ongoing war between Russia and Ukraine.

Despite the Anchor Borrow ers’Programme (ABP) of CBN, investigation has shown that production of the grain is a mere 1.4 per cent of the 6.54million tonnes demanded this year.

Findings also show that in the last four weeks, a tonne of the grain increased by $72. Traders, however, attributed the hike in price to the ongoing war between Ukraine and Russia, where the millers source wheat, following the decline in their production.

The Nigerian Ports Authority’s (NPA) shipping position indicate that many vessels had arrived in the Lagos pilotage district to offload over 500, 842 tonnes of the grain at ABTL and Tin Can Port. Last month, about seven vessels had berthed at the Lagos Port Complex at Apapa Bulk Terminal Limited and Tin Can Island Port with with over 313,842 tonnes of wheat.

Findings show that Desert Osprey and Garnet Eternity, will berth this week with 45,832 tonnes and 53,461tonnes.

By last week, 25 vessels had berthed, 26 were being expected, while nine were at the anchorage at the Lagos port.