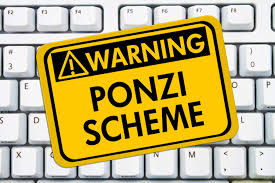 The activities of Ponzi Scheme operators have been on the increase in Nigeria, especially in the last decade. Nigerians will not forget in a hurry, Mavrodi Mundial Movement (MMM) which is perhaps the most popular Ponzi scheme ever introduced into Nigeria. When the scheme finally crashed in 2016-2017, the CBN revealed that N12 billion was lost by investors.

Since MMM, several others have come in and repeated the same cycle with many more Nigerians falling victim to these scams. The list includes Dantata Success & Profitable Company, Ultimate cycler, MGB Global, Bitcoin Company, Money Rite, No Failure Development, and X-World, Imagine Global Holdings Company Limited, most of which have been shut down by the Securities and Exchange Commission (SEC).

Nigerians have shown time and again that they have a high appetite for high-risk, high-return investment, regardless of the lack of a business model inherent in most of these schemes. Many are ever willing to rush into the next get-rich-quick-scheme.

Taking advantage of the country’s large population and woeful economic condition, Ponzi scheme founders are ever-ready to introduce their scam to Nigeria as quickly as possible.

Why do Nigerians still fall for Ponzi schemes?
Despite the SEC’s countless warnings to investing public against the activities of these unlicensed market operators and promoters of fraudulent schemes, many seem to continue to fall victim. It now seems as though the more of these schemes the SEC shuts down, many more spring up and scam more victims by promising them mouth-watering returns on their investments.

Ken Odudu, a financial analyst told Nairametrics that the reason Nigerians keep investing in Ponzi schemes is due to a low amount of low-risk savings vehicles to hedge against inflation.

He said, “A big driver of the increased attraction towards Ponzi schemes arises from the limited availability of low-risk savings vehicles which deliver some protection against inflation.

“Thus, with the official financial system delivering deeply negative real returns as the default saving option, the allure of Ponzi schemes under an atmosphere of low financial inclusion is significant. In addition, a low level of financial awareness/literacy also poses problems. Overall, limited options to save long term wealth in real terms in the official financial system provides a great incentive in luring many people towards Ponzi schemes.”

He warns that the regulators also have some blame as, due to weak surveillance frameworks outside the official financial system, they are always behind the curve in identifying the promoters of these schemes and clamping down on these entities until it is too late.

Read: How to spot and avoid a Ponzi scheme

Olumide Adesina, a financial analyst at Quantum Economics, says, unlike a legitimate business, Ponzi schemes boast outrageous returns and this is a major factor why many people will patronise them.

“Many people fall into this trap because they would rather invest their money and get double the return within a short period of time than work for it.

“Ponzi schemes are attractive because of the high returns they provide. Unfortunately, it’s usually presumptuous to believe in something that sounds too good to be true.

In the last year, Ponzi schemes have witnessed an upsurge, prompting the SEC’s moves to clamp down on them. The SEC announced in February that it was working with the National Orientation Agency (NOA) and other government agencies to combat the operations of Ponzi schemes and illegal investment platforms.