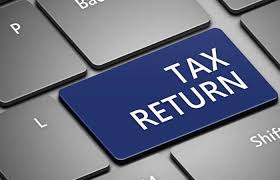 Financial experts have attributed the country’s low tax to Gross Domestic Product (GDP) ratio to inadequate investment in the productive sector of the economy.

The Head of Department of Economics, Olabisi Onabanjo University, Prof. Sheriffdeen Tella, Ago Awoye, Ogun State, in an interview with newsmen said inadequate investment in the productive sector was responsible for the low tax to GDP ratio.

“The Federal Government has yet to invest adequately in the productive sector that will spur development.

“It is only when there are increased business activities and the people are engaged that they will be willing to pay their taxes,” he said.

The don noted that the Federal Government should enhance business confidence in order to attract Foreign Direct Investment (FDI) into the country.

“Government should continue to showcase the enormous business prospects of our nation regardless of the headwinds we are contending with currently.

“Our leaders must stop complaining about the state of the economy they inherited and give the people hope, in order to get their support during the execution of their own policies,” he said.

Also speaking, a tax expert, who pleaded anonymity, urged the Federal Government to implement the most recent national tax policy so as to change the narrative.

“The yet-to-be implemented 2017 tax policy is quite a comprehensive document that has the capacity to boost the nation’s tax to GDP ratio.

“As a fiscal tool, it clearly spells out issues of tax advocacy and sensitisation to enable it to become a success,” he said.

He noted that if the Federal Government is to enhance the country’s tax to GDP ratio, more emphasis should be on the collection of indirect taxes.

“More attention should be focused on indirect taxes, as it is where the authorities could generate money from taxing consumables or services paid for, without being aware as such.

“Most countries that have a two-digit tax ratio to GDP have been harnessing the indirect taxes to meet their obligation,” he said.

He added that there should be more synergy among the various tiers of government for the revised national tax to achieve its objectives.

NAN reports that the Vice President, Prof. Yemi Osinbajo, recently declared that Nigeria’s eight per cent tax-to-Gross Domestic Product ratio was among the lowest globally and that efforts were on to increase this figure.

Osinbajo spoke at the public lecture organised by the Chartered Institute of Taxation of Nigeria in Abuja to commemorate the institute’s 40th anniversary.

He added, “Nigeria’s tax-to-GDP ratio is still one of the lowest in the world, at about eight per cent, while our contemporaries are in the neighbourhood of 16 to 25 per cent, even in Africa