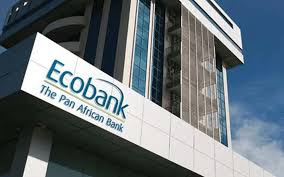 Ecobank warns prospective buyers to stay away from Honeywell Group

It warned off prospective buyers on the ground that Honeywell Group Limited is allegedly hugely indebted to the bank, adding that the debt is currently the subject of litigation.

The statement cautioned the public and corporate bodies on the danger inherent in dealing in any shares of the company.

It alleged that due to the company’s failure to liquidate the said loan facilities, Ecobank was constrained to commence winding up proceedings against Honeywell Group Limited at the Federal High Court, Lagos in suit no: FHC/L/CP/1571/2015;

Ecobank stated that Honeywell Group Limited, being Respondent to the winding up petition, objected to the jurisdiction of the trial court to preside over the said suit. This, the bank said, was upheld by the trial court.

Aggrieved with that decision, Ecobank said it filed an appeal (with appeal No: CA/L/1041/2016) at the Court of Appeal, Lagos Division adding that upon a review of Ecobank’s case, the appellate court found merit in the appeal and held that the winding up proceedings against Honeywell Group Limited was properly commenced and that the Federal High Court had jurisdiction to hear the said petition.

The bank stated that the effect of the Appeal Court judgement is that there is a subsisting winding-up action/proceeding pending against the said Honeywell Group Limited.

Ecobank added that the provisions of Section 577 of the Companies and Allied Matters Act 2020 (CAMA) states that “Where a company is being wound up by the court, any attachment, sequestration, distress or execution put in force against the estate or effects of the company after the commencement of the winding up is void”