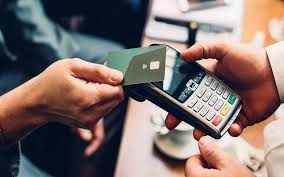 The Nigeria Inter-Bank Settlement Systems (NIBSS) has said that transactions worth N204.5 trillion were performed electronically in Nigeria between January and July this year through the NIBSS Instant Payment platform (NIP).

The new development shows a 40% increase in e-payments in the country when compared with N145.8 trillion recorded in the same period last year.

The high increasein electronic transactions shows that more Nigerians are embracing the cashless policy of the Central Bank of Nigeria (CBN).

NBBS said that  the value of e-payment recorded was a reflection of the increase in the volume of deals within the period. The NIP volume rose to 2.7 billion in the seven months, showing a 42% increase over 1.9 billion recorded in the same period last year.

An analysis of the 7 months data just released by NIBSS showed that the NIP platform recorded N26.6 trillion transactions in January. Year on year, this was a 43.7% increase over N18.5 trillion recorded in the same month of last year.