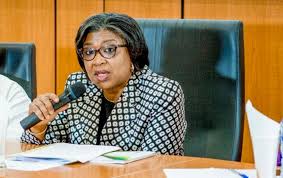 DMO releases calendar for issuance of bonds in Q3

The Federal Government through the Debt Management Office (DMO)  has released its FGN bond issuance calendar for the third quarter of 2022.

The information was released  in a document on the DMO on its website.

The press release reveals the issuance for the quarter under review will be held on 18th July, 15th August, and 19th of September, all of which will be in three tranches each.

Also, for each of the tranches to be issued, the Federal Government seeks to raise between N70 and N80 billion.