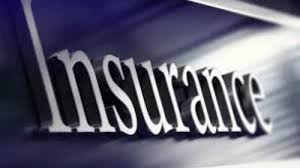 There has been high demand for individual life insurance cover as it represents 41.2 per cent of the premium generated in life business by the insurance industry in 2022.

Other life cover are annuity and group life insurance.

This was made known in the National Insurance Commission (NAICOM) Bulletin of the Insurance Market Performance in third quarter 2022.

The regulator, however, stated that the Non-Life segment sustained its market dominance at 58.4 per cent of the total premium generated.

According to NAICOM, the industry in the third quarter of last year, was a virtue of an excellent performance in the financial services sector as it generated N532.7 billion in gross premium income at a Year-on Year (YoY) growth rate of about 15 per cent during the period.

It noted that insights in the segment show oil and gas was the leading driver at 30.8 per cent with fire insurance following at 21.3 per cent, motor insurance stood at 14.6 per cent while marine and aviation, general accident and miscellaneous reported a share of 11.8 per cent, 11.2 per cent and 10.3 per cent respectively.

NAICOM maintained that life business on the other hand recorded 41.6 per cent of the market production as its share contribution gradually closes up.

The share of annuity in the life insurance business, it said lagged at about twenty six per cent (25.5 per cent) while individual life was at 41.2 per cent of the premium generated during the period.

It submitted that the insurance market indeed remained profitable during the period, recording an overall industry average of about 54.5 per cent, a noteworthy performance though lesser, compared to 46.7 per cent recorded in the corresponding period of preceding year.

The Non-Life segment, it said, stood at 43.5 per cent better than in the life business which reported a net loss ratio of 63.6 per cent during the period.

The sustained lower net loss ratios of the non-life which is relatively a short-term business, it noted, is good for the market as it could quickly register some good market image and confidence in the industry.

NAICOM posited that despite a rather good scenario of the market average, some three insurers gave rise to the reported net loss ratio of the period under review adding that those were underwriters with figures of a hundred per cent and above of net loss ratios.

The report read: “The market concentration as shaped by competition and other factors in the industry revealed a rather similar scenario compared to the second quarter of 2022, indicating that the market control setting has not significantly changed in the last three months. In the Life business segment, the least three companies recorded a proportional contribution of about 0.1 per cent same position compared to prior quarter while the top three Insurers contributed 49.3 per cent of all premiums generated during the period, just about four points increase compared to 45.4 per cent recorded in the previous period.

Similarly, the non-life business had a record of 0.2 per cent of its market share contributed by the least three of the underwriters, same as in the prior period of second quarter of the year while about 31 per cent of the non-life gross premium was contributed by its top three Insurers, up from about 27 per cent it recorded in the previous quarter,” it said.

NAICOM noted that comparatively, the top 10 underwriters in the non-life section of the industry underwrote about 64.2 per cent of the gross premiums income portraying an increased concentration risk from its position of 60.8 per cent recorded in the prior period.

“Nonetheless, at the least bottom of the market, are institutions under regulatory watch or facing various operational challenges as revealed over time. In the overall analysis, the market maintained a fairly balanced concentration, especially in the Non-Life section of the industry,” it stated.