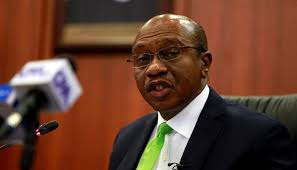 The apex bank, Central Bank of Nigeria (CBN) has denied the report that it is planning  to introduce N5,000 denominated bank note as being rumoured.

The disclosure was made by  Ahmed Umar, the Director, Currency Operations of CBN c at a three-day workshop organised by the Nigeria Deposit Insurance Corporation (NDIC), for members of the Financial Correspondents Association of Nigeria (FICAN) and Business Editors.

It was gathered that  the workshop, which opened on Monday in Port Harcourt, has as its theme: “Building Depositors Confidence Amidst Emerging Issues and Challenges in the Banking Industry.”

Umar who spoke on the topic, “Redesign of the Naira: Benefits to the financial system and the Nigerian economy”, said the apex bank was not carrying out note restructuring.

“We are not introducing any new note because there was noise, some people have seen one N5000 note that we don’t know about,” he said.

He explained that if the apex bank wanted to carry out note restructuring, it would need to coin the lower bills, like the N100 note for example.

According to him,  the apex bank has not made any provision for exchange in the redesigned note, adding that what it was printing would only replace the currencies withdrawn.