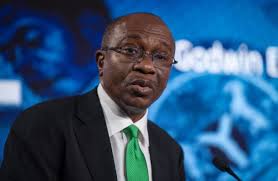 The Central Bank of Nigeria (CBN) has stated the promotion of the non-oil sector growth is a major component of the monetary policy.

This was disclosed by Mr Godwin Emefiele, Governor of CBN, represented by the Director, Corporate Communication Department, Osita Nwanisobi at the 33rd Seminar organised by CBN for the Finance Correspondents and Business Editors on Saturday in Lagos, according to NAN.

Emefiele said that Nigeria has largely depended on the oil sector for revenue generation over the past four decades. He, therefore, said there was the need to build a broad-based and well-diversified economy that would guarantee overall macroeconomic stability.

The CBN Governor said, “The quest for building a more sophisticated economy and agricultural, micro, small, and medium enterprises, industrial and manufacturing concerns have become the major component of our monetary policy.”

“Nigeria has largely depended on the oil sector for revenue generation over the past four decades, and the sustained decline in crude oil production has continued to negatively undermine the performance of the economy.”

“Thus, there is the urgent need for a conscientious effort to diversify to other non-oil sectors,” Emefiele added.

He stated that Nigeria had stopped relying on rice imports once the Anchor Borrowers Programme (ABP), the bank’s flagship scheme, was implemented. He continued by saying that the CBN had helped commercial farmers in the nation participate in various value chains, including those for oil palm, cotton, and cocoa, among others, through its Agriculture Credit Scheme.

He stated that the implementation of the 44 products that could no longer be imported using foreign currency had shown how effective the bank’s ongoing support of the manufacturing industry and MSMEs was.

The new 100 for 100 Policy on Production and Productivity, according to Emefiele, was starting to produce results of a high calibre. He also said that the RT200 FX initiative was created to benefit from Nigeria’s substantial local production in other regional markets to boost foreign exchange inflows and promote exchange rate stability.

According to the recent GDP report released by the National Bureau of Statistics for second quarter of 2022, the non-oil sector grew by 4.77% in real terms during the reference quarter (Q2 2022).