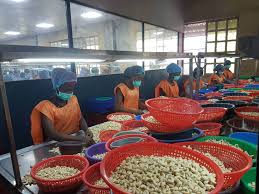 The President of the African Cashew Alliance (ACA) Babatola Faseru, has said that Nigeria earns at least $450 million yearly from cashew exports.

He said the alliance would work hard to increase the earnings through value addition instead of moving to export the unprocessed produce. Faseru stated this, yesterday, at a media briefing held in Abuja.

The conference is expected to be held from September 12 to 15, 2022 in Abuja. In his speech, the Minister of Industry, Trade and Investment, Otunba Niyi Adebayo, said the event had continued to provide support to over 48 cashew-producing African countries, giving them access to vital resources.