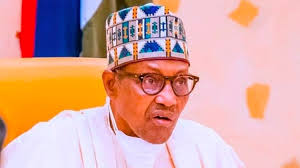 News reaching us now says that President Muhammadu Buhari will on Thursday this week lay the 2022 appropriation budget before the National Assembly.

The intimation was made by theDeputy Senate President, Ovie Omo-Agege  during the plenary on Tuesday.

Omo-Agege presided over the plenary in the absence of the President of the Senate, Dr. Ahmad Ibrahim Lawan

It was learnt that the reasons for Lawan’s absence were not revealed in the course of legislative activities on Tuesday.

The presentation was coming early enough due to the January to December fiscal budgetary policy by the 9th National Assembly.

It be noted that the President presented the 2021 N10.8 trillion budget on 8th October 2020 which enabled the parliament to pass the document into law for its take-off implementation in January