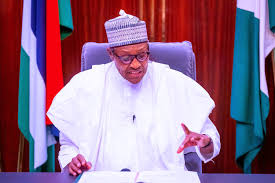 Buhari calls for balanced trade between EU and Africa

Nigerian President, Mohammadu Buhari  has called for balanced trade between the European Union and Africa

According to him, agriculture exports to EU farmers has made African food exports uncompetitive.

This was contained  in a statement by the Presidency after the just-concluded EU Africa summit.

Buhari warned that Africa and EU must change the way they interact, emphasising that agriculture offers the fastest path to poverty reduction across the continent.

Buhari said the relationship between Africa and the EU must be balanced to power job creation and alleviate poverty. According to Buhari, “Unfortunately today’s arrangements do just the opposite, where some claim preferential trade policies with the EU lend a helping hand to Africa the real picture is different.”

He added that the Everything but Arms Scheme grants 32 African countries tariff-free access to European markets, but it still excludes many of Africa’s 54 nations, as there remains barriers to Europe’s markets even for countries that qualify.

“Though agricultural subsidies to EU farmers may not be the same as external tariffs, their effects are identical: They make Africa’s exports uncompetitive. More than 50 billion euros is ploughed into keeping European food produce cheap. With its main export market distorted against them, African countries are deprived of foreign exchange, and investment in agriculture is stifled,” Buhari said.