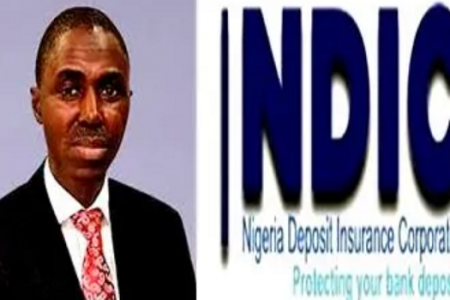 Nigeria Deposit Insurance Corporation (NDIC), stated that bank failures are caused by officers entrusted to look after the institutions.

Mr Bello Hassan, the Managing Director, disclosed this at an event themed, “Effective Investigation and Prosecution of Banking Malpractices that led to Failure of Banks.”

He noted that the investigation and prosecution of failed banks’ offences was provided for under various legislations such as the: NDIC Act, 2006, the Failed Banks Act, 2004, the Banks and Other Financial Institutions Act (BOFIA), 2020 and under the Companies and Allied Matters Act (CAMA), 2020, among others.

Hassan said, “As you all know, the human element is the greatest culprit in bank failure. It has been said over and over, that banks do not on their own fail, rather they are destroyed and brought to their knees by acts of officers entrusted to look after the institutions.

“Consequently, it is the responsibility of the authorities to ensure that the effect of the actions of these culprits are mitigated by bringing such people to book to serve as a deterrent to others.”

Hassan urged law enforcement, regulators, and supervisors to work together to guarantee that those responsible for the death of banks were thoroughly probed and, if found guilty, should be duly tried in accordance with the law.

The event, according to Mr. Mohammed Abubakar, Director of Public Prosecution of the Federation, who also spoke, underlined the ongoing commitment required of stakeholders in the country’s fight against financial malpractices.

He asserts that the socioeconomic health of our beloved nation depends critically on the integrity of our financial sector.